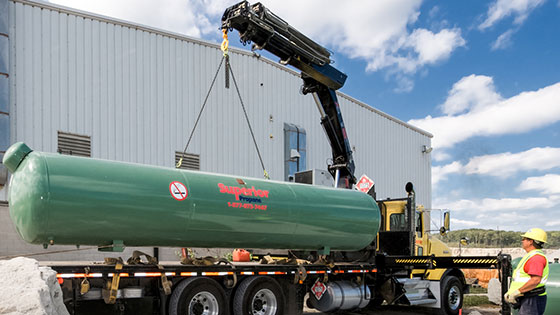 Polar Remote Controls are manufactured in Canada and have been this country's choice for truly proportional systems for over 30 years. What started out as the first fully proportional remote control for HIAB truck cranes has evolved into a system recognized throughout the industry as a rugged, dependable performer. In a market where safe and efficient performance is expected from operators, Polar Remote Controls offer an unbeatable package.

All three models in this range (Polar 2100, Polar 4100 and Polar 5300) are available with three to six fast, smooth, fully proportional hydraulic functions and each controller has the capability of simultaneous operation of all functions. Both the Polar 4100 and Polar 5300 models allow manual operation, and in the case of the Polar 5300, a patented clutch motor system allows quick manual override at any time without disconnecting linkages to the valve.

User friendly controls with manual, cable and radio versions all use the same sequence of operation for a level of familiarity and built-in safety unbeatable in the industry.